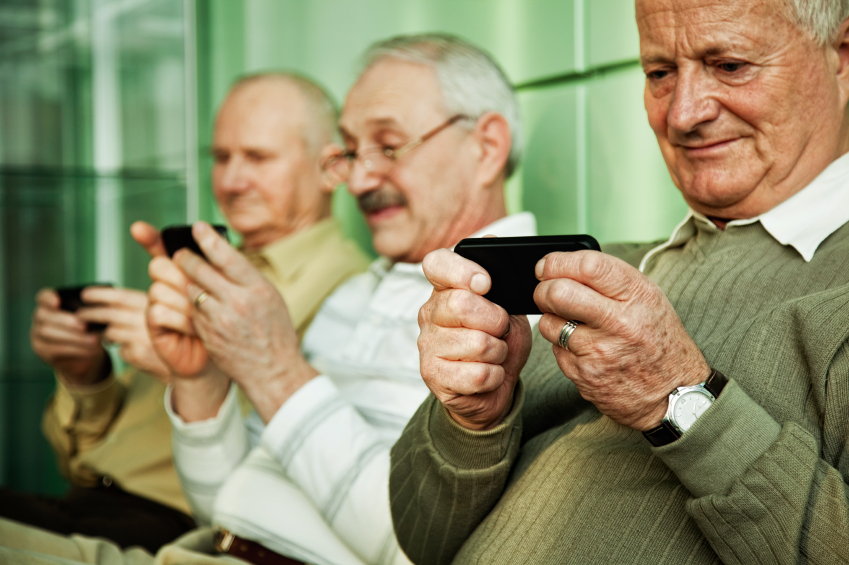 Save With Shareagift Towards … A Gift For Your Grandparents

Technology seems so intertwined into our daily lives it can be hard to imagine a life without your smartphone, laptop or smart TV. If you don’t keep on top of the latest tech it can be very easy to fall out of the loop. Many elderly people feel that they have missed the boat on technology and chose not to get involved with it. However, there are many tech gadgets that are easy to use and can help with improving health, keeping more active, avoiding boredom and giving relatives peace of mind. With grandparents day fast approaching we have put together a list of our top 5 tech gifts that are sure to bring out your grandparent’s inner techy!

Fitbit is a tool to help you monitor how active you are throughout the day and it also keeps an eye on your health. As we get older it gets more and more important to keep on top of your health and Fitbit tracks steps taken, stairs climbed, distance travelled, calories burned, activity level and sleep quality. Their smart scale can also help you track weight, body fat percentage and BMI with online graphs and mobile tools. This would be a great gift for any grandparent as all they need to do is wear it and you can help them look through their stats and see what needs improving or changing in their daily routine.

telyHD is a camera unit that sits on top of your television set and delivers high quality Skype video calls directly to the TV. As long as it is plugged in and your TV is on anyone can get in touch with you via Skype. This is a great idea for grandparents who want to be able to stay in touch with family from across the world but aren’t ready or willing to invest in a computer or tablet. The system is also designed with new users in mind and is very easy to use.

Often with old age comes loss of hearing, TV Ears is a clever little tool that syncs with your TV and allows the user to adjust their own volume and tone while others around them can have the TV at their preferred volume. It is designed to sit just under your chin and is ideal for listening if you are sitting or lying down. 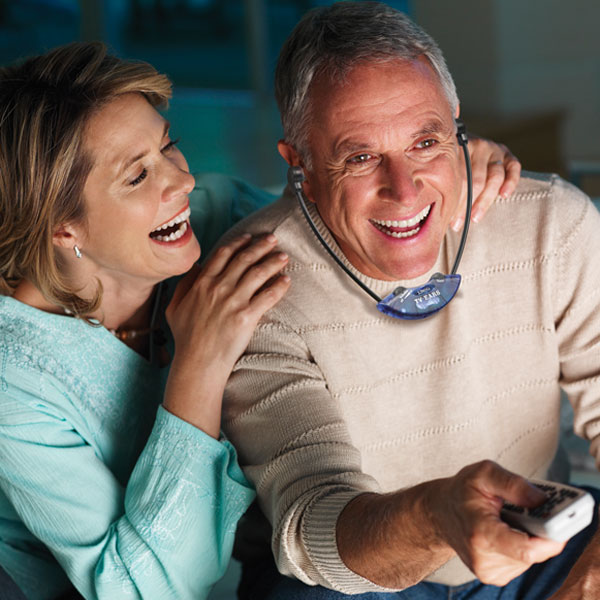 If you are worried about your grandparents falling and injuring themselves then why not get them some active protective garments. The smart garment in the form of a wearable belt detects a fall before you hit the floor and deploys a small airbag to protect your hips from breaking with the imapct. Confused? Take a look at the video to see how it works.

Last but not least is the Apple iPad! You may not think iPad when shopping for gifts for grandparents however it is surprising how easy people find it to use. With an easy to use interface, touchscreen and a button that you can press if anything goes wrong which will take you straight back to the main menu, it is actually a lot easier to use than a computer. With iPad popularity growing amongst older generations many apps are now appearing which cater to their needs including apps like Pill Reminder Pro, Blood PressureiBP and Pocket Physio. Not to mention the back catalogue of music and film clips available via the YouTube app and social media apps like Skype, which help them keep in touch with the family.

Shareagift can help you save with the family towards an amazing gift this grandparent’s day. We provide an easy platform for you to collect money online for a group gift from the whole family that can either help improve your grandparent’s health, make their life easier or even get them Facebook messaging you!

Already repeated Breaking Bad a couple of times? Still crying over the fact that there will be no more Parks and Recreation? Or just don’t know where to start in the modern TV-streaming game? We, here at Shareagift, are on hand to help you navigate through the endless digital vault of TV with the top 5 shows to watch that you may have missed.

First up is a quirky comedy that follows two best friends; Ilana and Abbi, through everyday life in New York City. As young and fun loving early twenty-somethings, they are tested by the very real struggles of getting through the day without a truly horrific catastrophe. Combined with their outrageous personalities and hysterical stunts, Ilana and Abbi are the very best and worst versions of ourselves. Head on over to Hulu or Amazon Prime to binge-watch just 20 episodes so far.

An American legal thriller; Damages is the deeper, darker and more complex older sister of Suits. It ran for 5 intense seasons between 2007 – 2012. The show toys with timelines and jumps back and forth in time to create extra suspense. The enormous plot-twists will have you on the edge of your seat.

The show focuses, in particular, on the relationship between Patty Hewes and young protegee Ellen Parsons (Rose Byrne, well-known for her role on Bridesmaids…); as the show goes on, you see that Ellen’s perception of right and wrong become a little more blurred as the story unfolds (no spoilers).

Sit back, buckle up and let Damages take you on a journey that will have you gripped every step along the way. The whole 59 episodes are on Netflix now!

As the name would suggest; this comedy, based in Silicon Valley, follows the journey of a programmer who hits the goldmine with his new app – Pied Piper. Like a lot of start-ups, they face the struggle of beating tough competition and constant efforts by ‘Hooli’ (satirized combination of Google, Facebook and hints of Apple) to buy them out, sink them with reverse engineering and eventually, a heavy law-suit.

The socially-awkward team of developers, complete with their herd leader; bong-toting entrepreneur Erlich Bachman, deal with challenge after challenge with hilarious results.

Have you already cycled through the list of shows where terrible people do terrible things for fun; from The League to It’s Always Sunny In Philedelphia? We’ve got another suggestion for you, Workaholics! 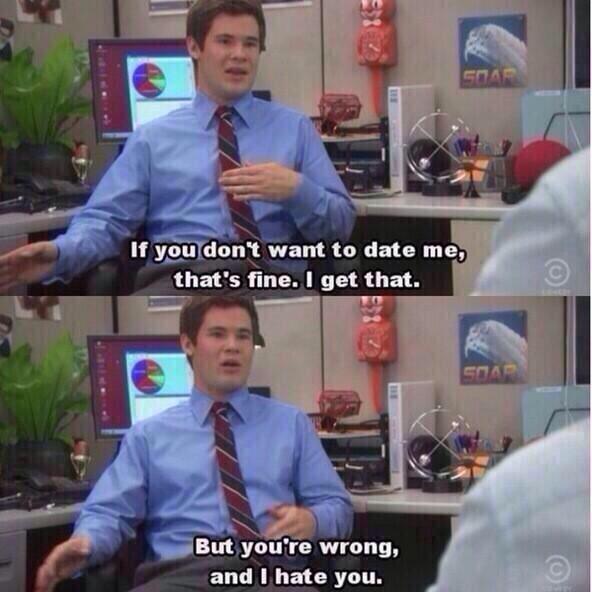 With a fairly similar premises to It’s Always Sunny; a bunch of friends who spend too much time together get up to no good whilst being hilariously stupid, their antics will have you disgusted but also belly-laugh like crazy. Very good for binge-watching hangover days. 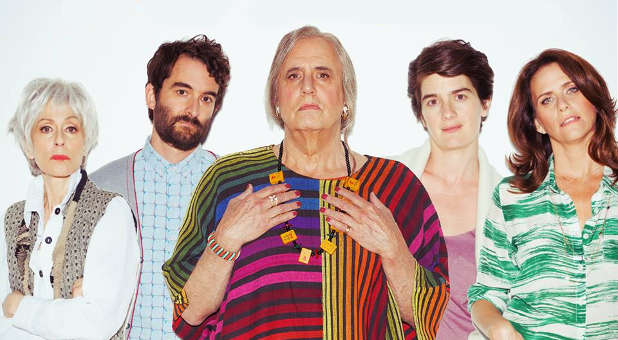 This Amazon Original Series follows the journey of Mort, who is slowly transitioning to become Maura (played impeccably by Jeffrey Tambor) and the journeys of self-discovery for him and his family. With brilliant light comic touches, the show also delves into exploration of identity, family and sexuality.

It’s even designed to be watched all in one ‘five-hour movie’ as opposed to 10 half-hour episodes, so you shouldn’t even feel guilty about binge-watching! Catch the show on Amazon Prime now.

Grab your friends and start a streaming account together; whether it’s with Netflix, Amazon or Hulu and get watching! Start a gift page so you can split the monthly cost and watch without any interruptions. It would make a great birthday present for that TV geek in your life. Shareagift with you friends and enjoy watching great shows together!