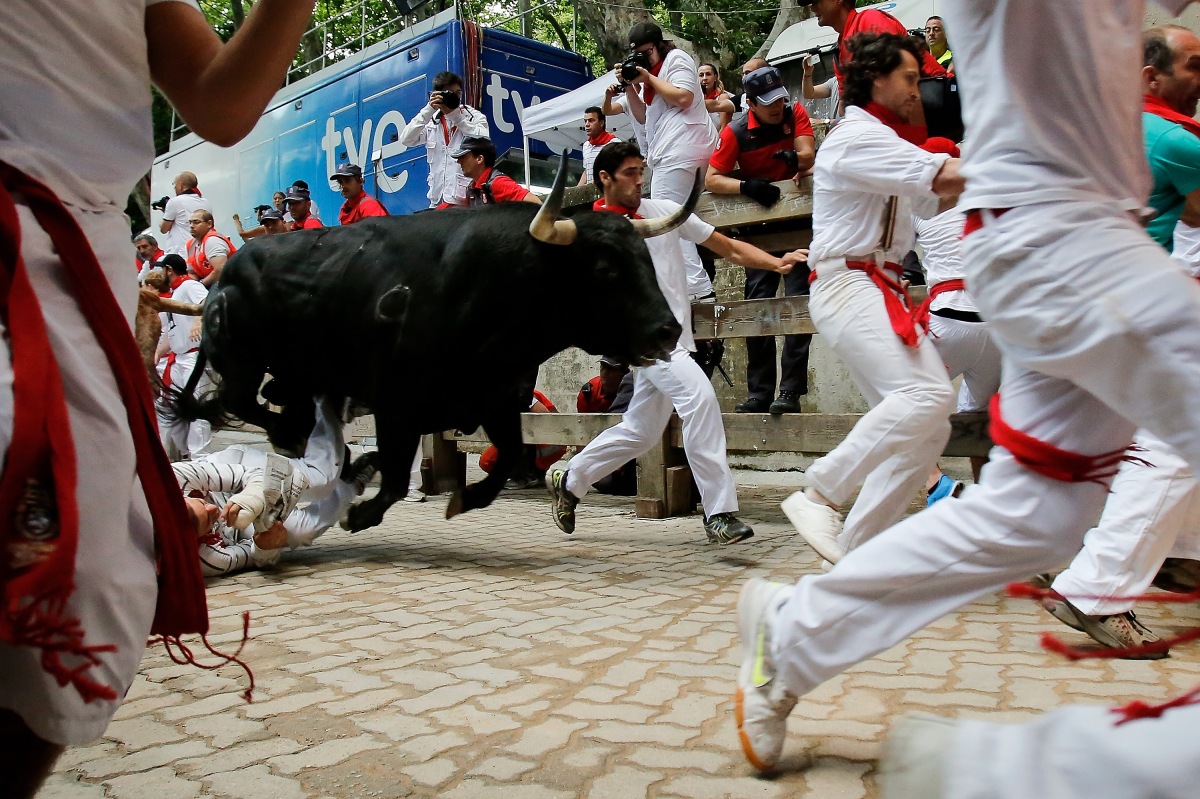 Save With Shareagift Towards … A Trip To Spain

Spain recently celebrated its La Tomatina festival, which saw thousands of tourists and locals flock to the little town of Bunol to throw tomatoes at each other! If you think that is weird check out our pick of the strangest festivals that Spain throws each year, some of them are just downright disturbing!

Kicking off our top 5 is the Entroida festival, which happens in the town of Laza in northern Spain. This festival sees people flocking to the streets and throwing muddy rags at each other in the attempt to cover each other in mud. A selection of young men then head to the mountains to collect fire ants in sacks and then bring them back to the town where they cover them in vinegar to rile them up and then run round throwing them in people’s faces. 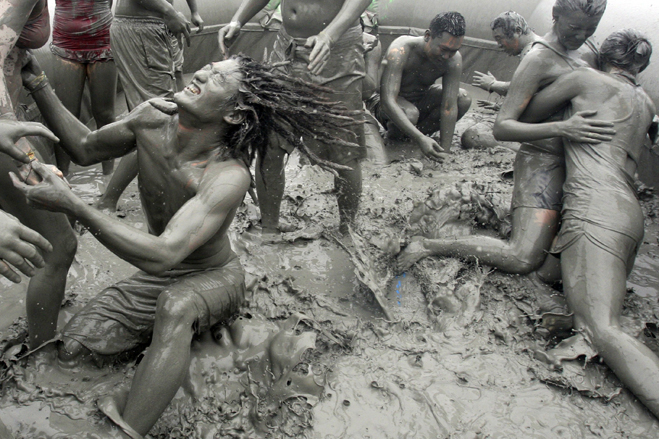 This festival in northwest Spain sees those who have had near death experiences carried through the town in coffins to the Santa Marta de Ribarteme church. After this the procession heads on to the cemetery, and then to a shrine, where friends of those in coffins will offer financial tokens of gratitude for their loved ones surviving their near death experience. 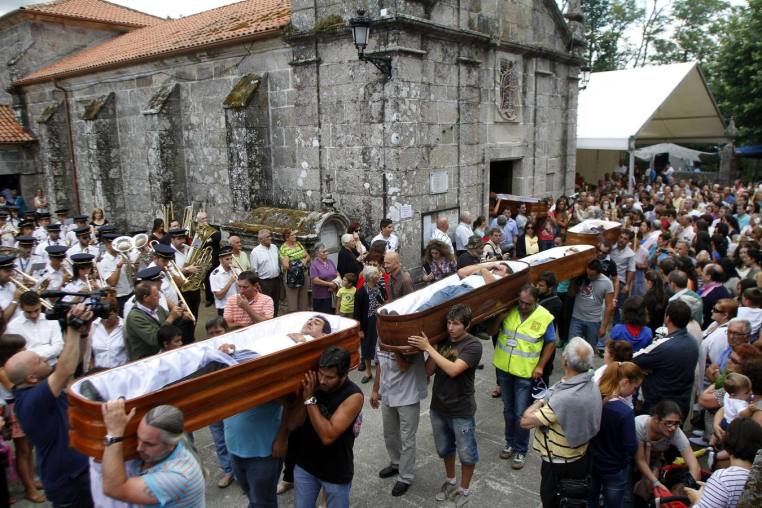 Every year in the village of Manganses de la Polvorosa, in honour of Saint Vincent, a goat was carried to the top of the village church tower and thrown into the crowd below who would catch the falling animal with a canvas sheet. The goat would then be paraded through the town and cheered by onlookers. However, due to animal rights groups demanding the end of the festival the goat throwing was banned in 2002. The festival still goes ahead today but a toy goat is used rather than a live one. 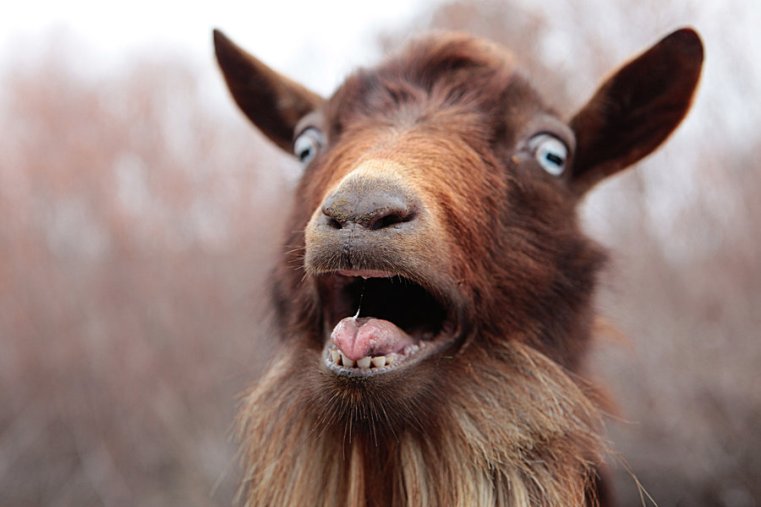 Once a year in Castrillo de Murcia the international baby jumping festival takes place. This involves men dressed as the devil jumping over babies that were born over the previous 12 months. The ritual is thought to bless newborn babies and remove any sin preparing them for a life with God. Babies are set in rows of two and up to ten children can be leapt over in one jump! 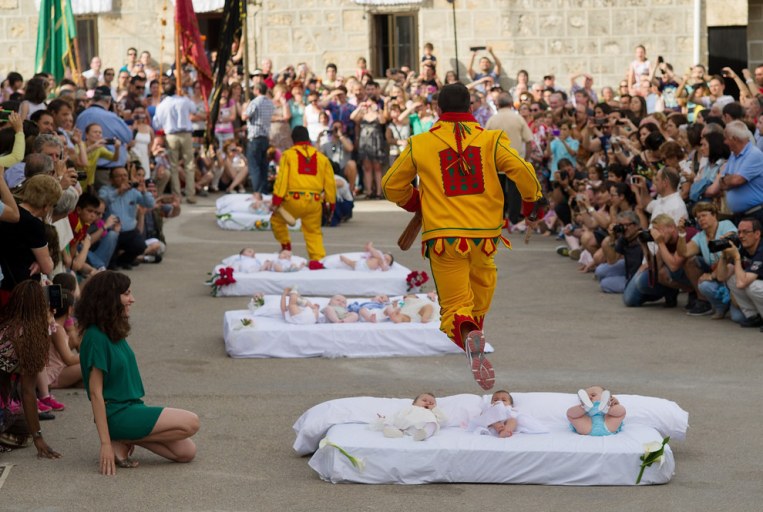 1 – The Running Of The Bulls

One of the most popular festivals in Spain is the Fiesta San Fermin and the running of the bulls part of the festival sees bulls let loose in the streets where they charge at runners for 825 meters into the bullring. The run usually lasts between 3 and 4 minutes and as long as you are over 18 and sober you are allowed to participate! 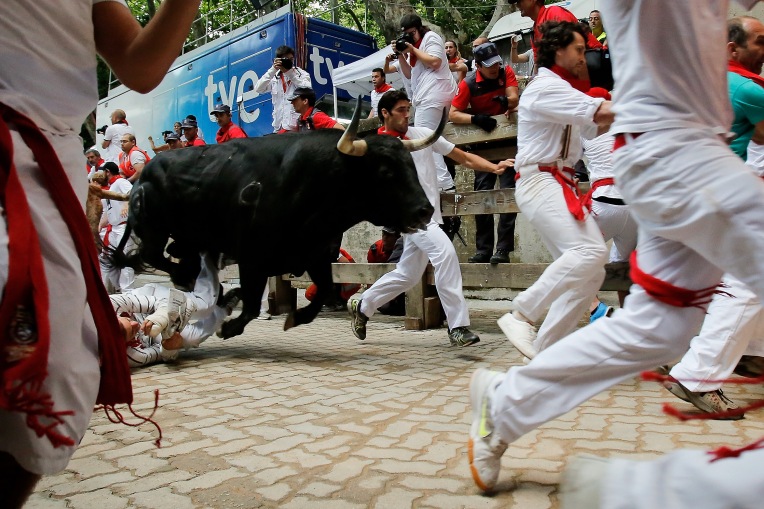 If you liked the look of any of these or know someone that would love a trip to Spain, then why not use Shareagift to group fund the perfect trip. Alternatively this may have given you an idea for a fundraising event for a cause that is close to your heart. With Shareagift you can collect money online with others to support those in need. We have also seen Shareagift used to fund local projects and events, why not fund your own event and put your town on the map!